Bullying is something that hurts others’ feelings. It can be through verbal communication, physical torture, or online teasing. Bullying is very common to observe at home, schools, colleges, universities, and even workplaces. In short, bullying is everywhere. The extent of bullying can be different at different places. The frequency of bullying is increasing day by day. Because it does not need any particular platform to work on, it just needs a negative mind and jealousy. It is noted that cell phones, tablets, laptops, computers, and all online accounts are used as platforms for bullying. It can result in depression as well. People lose their confidence level because of bullying. The management of an essay writing services company said that there are many cases in the world related to suicide because of bullying. In 2021 alone, this rate increased up to 7.1 percent (Bibi et al., 2021). Bullying is becoming a very serious issue in the current era. It needs to be addressed on serious notes. Higher authorities should work on it and ensure its control at different levels. Even if you see bullying at home, it is your responsibility to put a stop to it. It’s the same for bullying in schools, colleges, universities, and workplaces. Make sure no one calls bad names, no one practices destruction of property, ignores warnings, or attacks someone’s self-respect. Higher authorities can also maintain a check on cyberbullying. For example, they can check the emails of employees, the online apps that they use, and what kind of things they post on social media or groups. Also, if they get a complaint from someone, they should take it on serious notes and ensure strict actions against it.

There is no particular reason for bullying, as it is common in children and adults. The reason for bullying varies from age to age and place to place. Many reasons cause bullying behaviour among children. It can be the result of any displeasure or irritation. This irritation and displeasure may be present because of some personal problem. But people release those frustrations outside their home by hurting others. Such people do not care about mental or health state of others. They don’t even understand the sensitivity of a topic for any person. Suppose parents do not treat their children well. In return, they take out their frustration in the schools. It can also be the result of aggressive games and threatening films that they watch. Some children who do not receive sufficient attention and have an inferior complex with them commonly practice bulling. They do it just for the sake of attention. It is the same as acting like a person with authority, but sadly, they do not have any good skill and power. If parents and acting heads at home do not set a civilized culture, it promotes bullying among children. This kind of child makes fun of others if they find someone with weight issues and those of a different religion. If someone has a physical or mental disability or any uncommon feature in their appearance, others take it as a chance for bullying. These people do not even let the unusual names go.

Some of the factors that become a cause for bullying are as follows;

When children watch cruelty in movies, dramas, and cartoons, it affects their aggression level. They behave like the content that they watch. If they are used to watching gentle and caring behaviours, it is very obvious that they will practice love and care in their surroundings as well. Same goes for when they see frustration all around, they will become frustrated too. As a parent or caretaker, you have to improve your behaviour and ensure a peaceful environment. It is very important for good bringing up of the children.

The complex of low self-respect urges children to do bullying of others. They want to cover up their low worth by making others feel inferior. They are trying to refrain from giving others a chance to prove themselves. They lose their self-confidence, and thus a person who is bullying gets internal satisfaction. Although they get satisfied, this feeling does not last forever. It is always temporary. Again when they feel low self-respect, they go for bulling. They do not realize that if they can understand that pain, others would not become victims of their bullying. 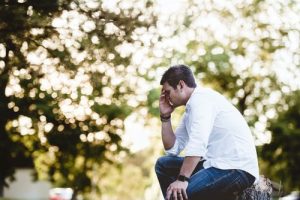 3.  Lack of Sensitivity and Care

Only those people don’t commit to bullying who have low self-esteem. There are many cases in which confident people bully as well. Here the reason is a lack of sensitivity and care. Such people do not bother with what the others people feel. Even if they know by chance that they hurt someone, it does not matter for them.

According to the dissertation writing services firm, People in your surroundings play an important role in bullying. Especially at the school level. If you do not care about your appearance, you will become a target for bullying. The whole class will make fun of you and would not even regret it. So if you are a student, take great care of this. If you are a parent, it should be your foremost priority to make sure there is nothing wrong in this context. Take special care of the lunch box, water bottle, uniform, shoes, and all related aspects. Make it all clean and save your child from bullying.

Read More: 5 Top Skills You Need to Improve for Coursework

Another case is related to attention-seekers. They bully others just for the sake of fun. It seems cool to them. They want to show themselves as confident people. They think they can make fun of anyone, and no one can stop them. Other people in class enjoy the scene, and that bully is supposed to be the highlight. As per psychology, attention-seekers are mentally ill people. They are many more ways to show confidence which don’t hurt other’s feelings. But selfish people go for bullying rather than showcasing some definite talent. The person who is being bullied should not lose his/her confidence. He should cover up the things and put them under control.