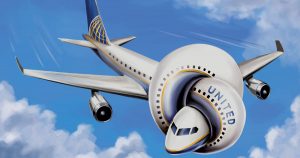 If we talk about customer satisfaction, then we come to know that we can easily increase customer satisfaction by providing them with the best entertainment services. If we take an overview of the annual survey of the travel, then we come to know that during the last decade, the expectations of the passengers are tough to meet when there comes a question of the in-flight services. The main things that can become a cause of satisfaction for the customers are the cheaper fares, the best quality of the planes, and the bigger overhead bins. If the baggage-handling performance is also up to the expectations of the passengers, then this thing can also become a cause of increasing customer satisfaction.

According to the new report about customer satisfaction, in 2018, the overall satisfaction of the customers is increased from 6 points to 762 points. The only area in which the airlines lost points is the in-flight services like the quality of food, the quality of drinks, and some modern ways of entertainment. According to Taylor, it is a real challenge for the airlines to keep pace with the technology in order to achieve their goals. Its main reason is that the airlines face a lot of problems to provide such personal devices to the passengers that have trouble-free connections. The airline owners should keep in mind that if they provide the best in-flight services to their customers, then this thing will last a positive impact on the minds of these customers.

Objectives of Research That Must Be Followed by Students

Research objectives describe in detail what the research is trying to achieve. It summarizes the accomplishments a researcher aims to achieve through the project and provides direction or connection with the study. Students need to understand that a research objective must be achievable; i.e. it should be framed keeping in mind the available time, infrastructure […]

The Undergraduate Study Routine That Does Not Work In Grad School

A study routine is a study plan or a study schedule that is prepared by the students to gain learning goals. Some essential tips to create an undergraduate study routine are to create a time chart for your current activities, to develop a schedule, to determine your study goals, and to stick to your schedule. […]

The Four Things You Must Do Before Applying For a University